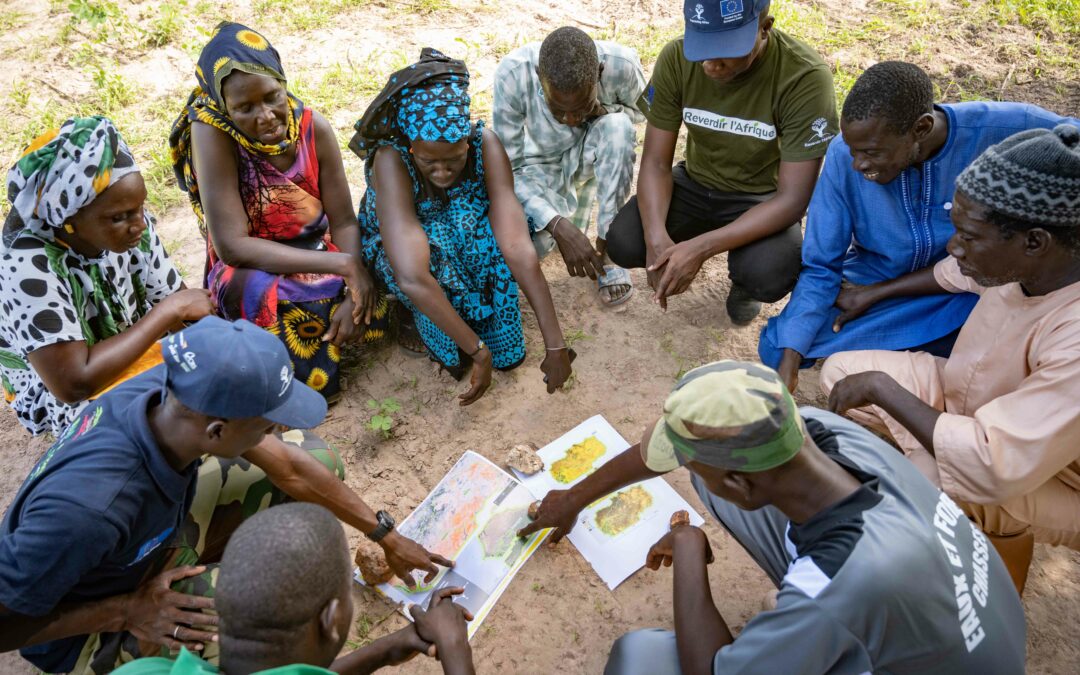 Two-thirds of the land in sub-Saharan Africa is highly degraded, threatening the livelihoods of those dependent on it —a staggering 83% of the region’s population. Agroforestry has been used to successfully reverse land degradation in many different areas in Africa, but scaling these practices up across the continent remains a major challenge. An overview of a landscape. Photo: Regreening Africa/Kelvin Trautman

Regreening Africa was launched by the European Union in 2018 as a large pilot to test how to overcome this challenge at scale. Run by World Agroforestry in partnership with implementation partners and the communities it operates in, this ambitious research in development project deploys a range of land and soil restoration techniques that promote the growing of trees in croplands, communal and where appropriate pastoral areas to restore ecosystem functions and thus livelihoods. By the end of 2022, Regreening Africa is expected to have reversed land degradation on one million hectares across eight countries in East and West Africa: Kenya, Senegal, Rwanda, Ghana, Ethiopia, Mali, Niger, and Somalia.

With this deadline approaching soon, the Regreening Africa team and their community of stakeholders – donors, implementation partners, government representatives, associate researchers, farmers, business owners, and influencers – recently gathered virtually to reflect on the lessons and insights learned over the past 5 years. Three themes were under the microscope: Scaling out context-based practices, the Regreening Africa science-practice-policy partnership, and Economic and policy incentives

So, what has been learned? Was the pilot successful? And do these lessons bring hope to those who dream of restoring hundreds of millions of hectares across Africa? A farmer watering a tree seedling that has been mulched. Photo: Regreening Africa/Kelvin Trautman Looking to the future and contemplating what we can take from the past half-a-decade of Regreening Africa into the next phase or even future initiatives, 3 reflections by the participants stood out strongly.

I hope that the principles, knowledge-sharing and networks arising from this project can be used to support the #GreatGreenWall movement in the future.” –Elvis Tangem, Coordinator of the Great Green Wall initiative at the African Union.

Lastly, Founder and Executive Director at One Vision Kenya, Milton Oboka, advocated for the involvement of youth as leaders at the forefront of development initiatives in the restoration space. Oboka argued that “as the beneficiaries of such initiatives, youth should not only be brought in at the implementation stages but should lead from the initial design stages too.” –Milton Oboka, Founder, One Vision Kenya