Oxfam Mali leads a consortium of partners to expand the scale of Farmer-Managed Natural Regeneration and other agroforestry practices suited to the Sahel Region in Mali.

The Koutiala Cercle covers 12,000 km2 of the Sikasso Region. It includes 263 villages in 36 rural communes. Its climate is characterised by a six-month wet season (May to October) with 900–1000 mm of rainfall and a dry season from November to April.

Koutiala Cercle had a population of 575,000 in 2009, of which 137,000 lived in the municipality of Koutiala. The Cercle is dominated by cotton growing, which stimulates mechanization and stump removal to facilitate ploughing, causing soil infertility and a high investment in chemical fertilizers.

Yorosso Cercle features a steadily increasing level of desertification owing to uncontrolled exploitation of natural resources and lack of reforestation. The Cercle had 211,000 inhabitants (107,000 of whom were women) in 2009. It is also a densely populated area, exceeding the national average.

The Tomininian Cercle in Segou Region is located in the Sudanian agro-ecological zone, with rainfall ranging 600–1000 mm. Primary crops are millet, sorghum, maize, fonio, sesame and peanut. Land under agriculture increased by 150% between 2008 and 2015.

The Cercle of San is also in Segou Region, with 25 communes covering 7262 km2 and a population of 334,000 in 2009. It borders the northern part of Sikasso Region within the Sudanian agro-ecological zone. The area is highly degraded because of the severity of the climate. 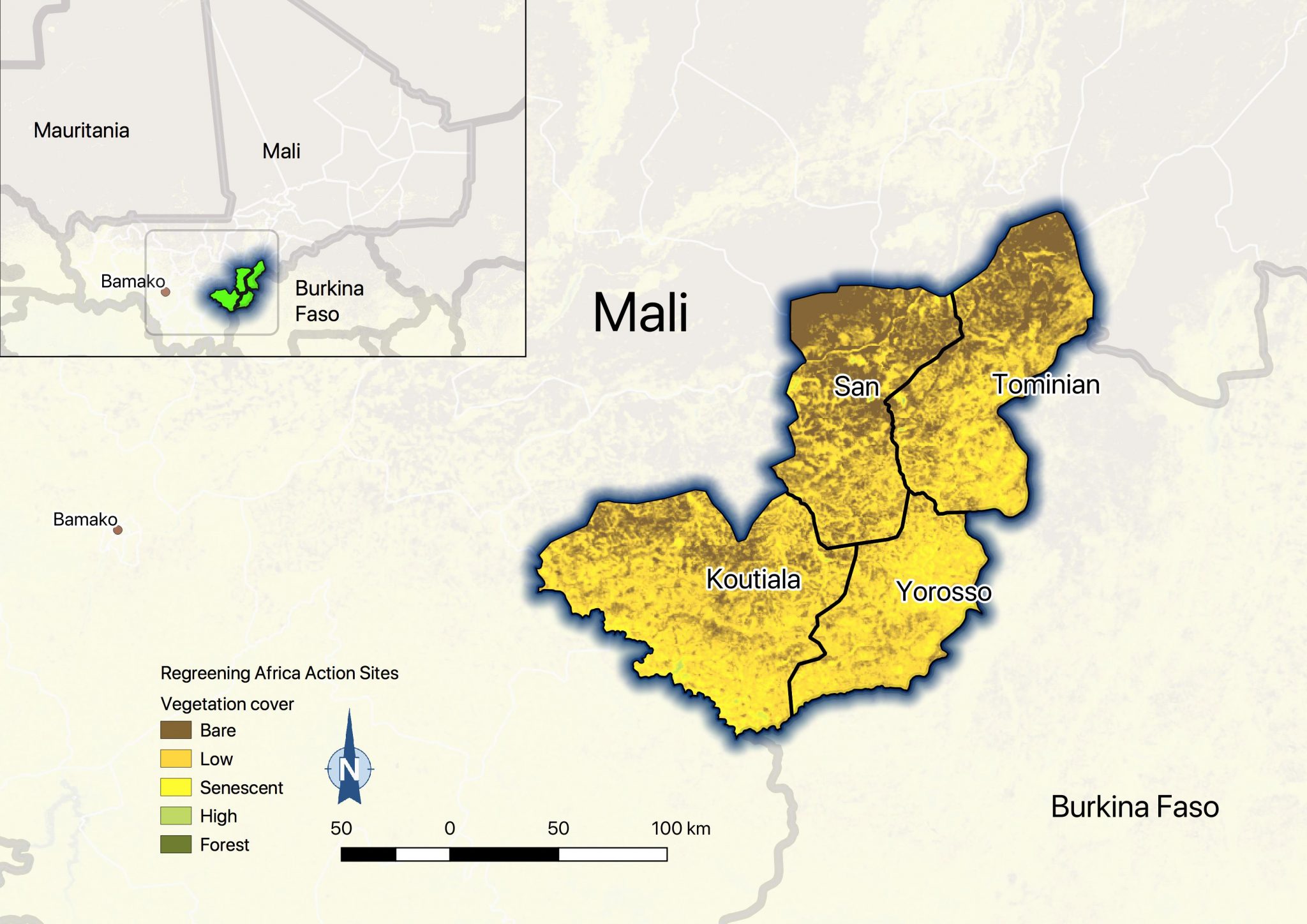