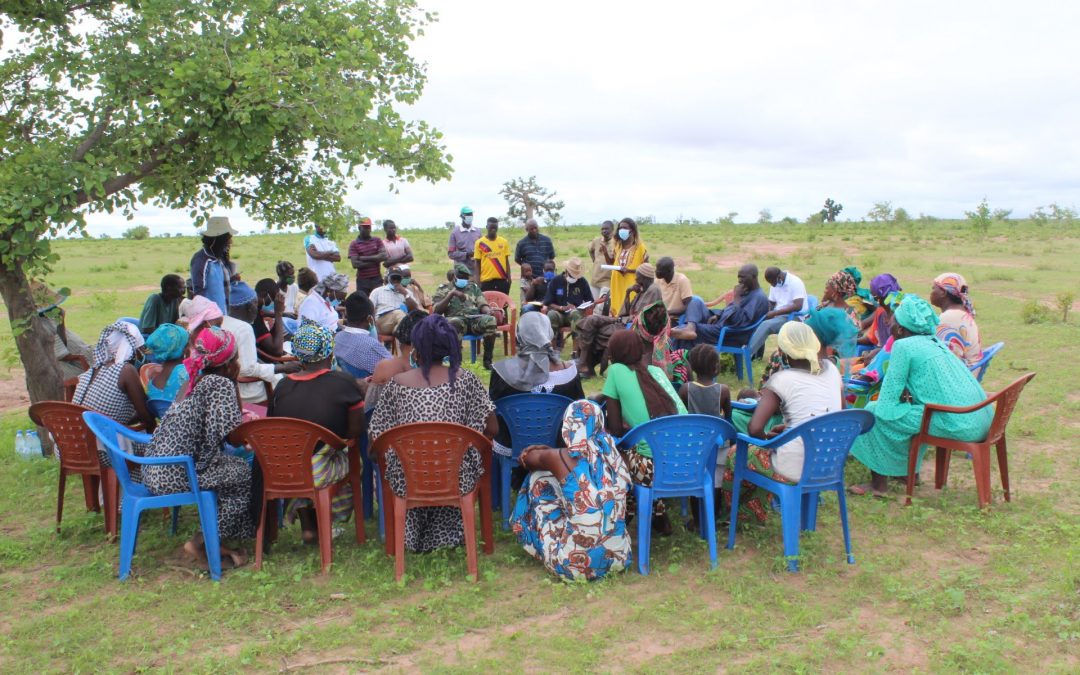 An eight-country project in Africa has published a major survey of the state of the countries’ land restoration efforts.

Reversing Land Degradation in Africa by Scaling-up Evergreen Agriculture (Regreening Africa) is an ambitious five-year initiative (2017–2022) which is seeking to 1) directly reverse land degradation among 500,000 households across 1 million hectares of agricultural land in eight countries; and 2) catalyse a much larger effort to expand the scale of restoration to tens of millions of hectares of degraded land across the continent. It is funded by the European Union and being implemented in Ethiopia, Ghana, Kenya, Mali, Niger, Rwanda, Senegal and Somalia by five international non-governmental organizations — World Vision, Oxfam, Care International, Catholic Relief Services and Sahel Eco — with World Agroforestry (ICRAF) in an overall coordination and technical leadership role. The project addresses all of the five major global challenges of ICRAF but explicitly focuses on two: environmental degradation and loss of biodiversity; and accelerating climate change. 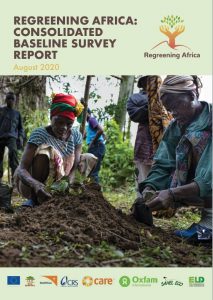 Regreening Africa recently published a significant consolidated baseline survey report, synthesizing results from seven country reports. The purpose of the baseline surveys was threefold: 1) to generate baseline data required to later assess Regreening Africa’s local-level socio-economic and biophysical impact as well as the extent of household and community-level engagement in land restoration; 2) to identify critical factors in the policy and institutional environment (including those relevant to targeted tree-based value chains) that need to be addressed to unlock the expansion of scale of cost-effective and impactful practices of land restoration; and 3) to generate evidence to inform the design and expansion of scale of land restoration.

‘To achieve these ambitions,’ said Susan Chomba, Regreening Africa’s manager and a scientist with World Agroforestry (ICRAF), ‘we needed to know the extent of degradation of the land and the socio-economic status of the people who live and work on it, in all eight countries, in order to restore both the land and the livelihoods of the people.’

Karl Hughes, head of Impact Assessment and Acceleration at ICRAF, was closely engaged with the design and implementation of the survey.

‘We conducted the extensive baseline survey as a key element of Regreening Africa’s impact assessment strategy, which aims to provide evidence of the extent to which the project is likely to benefit the communities and households it is directly targeting,’ he said.

Regreening Africa’s impact evaluation strategy is known as phase-in design. For this, implementing partners identified a pool of village clusters that they had not yet started working in and for which there was flexibility on when they would be engaged. The village clusters were then assigned at random for targeting in years 1 and 4 and baseline data were collected from 9377 randomly selected households within the clusters. Household surveys were carried out with randomly selected male and female farmers to collect socio-economic data. In addition, the main cropping fields of the households were digitally mapped. The resulting geo-tagged field polygons were then overlaid on land-health maps to generate field-specific indicators of the health of land and soils. Baseline assessments of vegetation cover, soil organic carbon and soil erosion prevalence were produced across all surveyed farms. Maps of each indicator were produced using the global network of Land Degradation Surveillance Framework sites, coupled with Earth Observation data. The Framework’s surveys were conducted in Rwanda, Senegal and Niger to complement ICRAF’s GeoSpatial Lab’s existing datasets. The baseline data collection was complemented by qualitative data of 192 gender-disaggregated focus groups with 974 men and 975 women to prioritize tree-based value chains that Regreening Africa will seek to strengthen.

A key aim of Regreening Africa is to create an enabling economic and policy environment that will facilitate regreening and broader land restoration that benefits smallholders. In addition, a country-level policy desk review, complemented by stakeholder network analysis and online surveys were conducted and the findings validated through national workshops. Finally, implementing partners were supported to identify relevant behavioural and structural barriers to land restoration in their respective contexts, as well as strategies to overcome them.