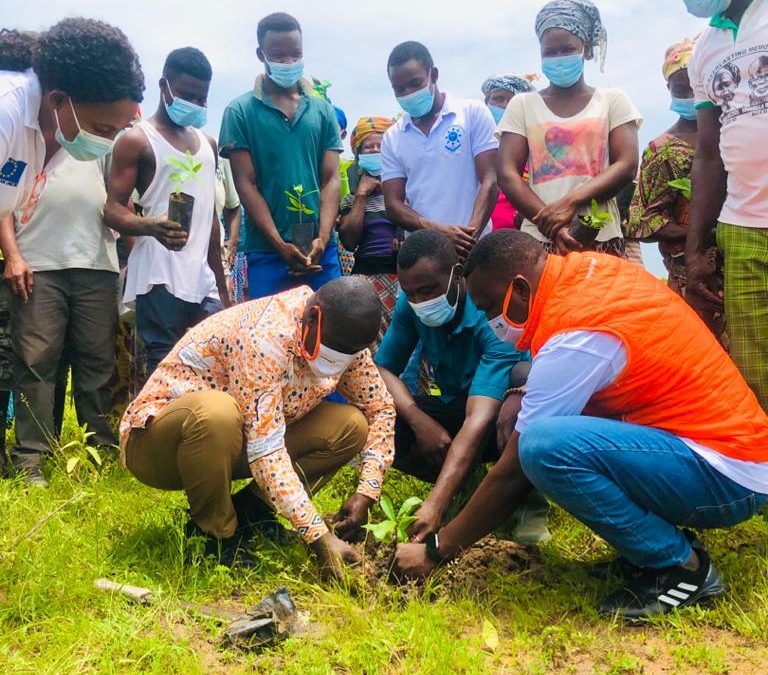 World Vision Ghana (WVG) has urged the government to prioritize climate change issues by devoting significant budgetary allocation to address the dire consequence it poses to the lives and livelihoods, particularly in Northern Ghana.

According to the organization, Ghana was already suffering from the negative effects of climate change such as extreme weather conditions, food insecurity resulting from prolonged flooding and droughts, and climate change-related diseases.

Speaking at Sitande in the Bawku West District, on World Humanitarian Day, World Vision Humanitarian and Emergency Manager, Samuel Gmalu, described, the devastating impact of climate change as a health emergency that, the government must urgently inject sufficient finances to address the menace.

“Climate change in Ghana is projected to affect vital water resources, energy supplies, crop production, and food security. With its five Northern regions the most vulnerable, Ghana is already experiencing increased extreme weather conditions with high incidence and prolong periods of flooding and droughts. The high temperature will further increase, and rainfall patterns will be less predictable.”

“More intense rainfall is expected to increase soil erosion, while less total rainfall may decrease the water level. The country’s vulnerability is largely due to dependence on the production of crops that are sensitive to climate change, including cassava and cocoa, and by lack of agricultural diversification”.

Mr. Gmalu reiterated the strides made by WVG in addressing climate change issues affecting the most vulnerable through interventions such as disaster risk management and environmental practices and building family and community resilience towards climate change.

“Through these interventions, WVG provided 200 disaster-prone communities with 200 resilient boreholes in Northern, North-East, Savanna and Upper East Regions, over 8,000 children and women trained on disaster risk management and over 5000 women are also supported in savings and income-generating activities.”

“We have also provided four dams to serve over 2000 households in Bawku West District to support in dry season farming and distributed over 50,652 seedlings to 9200 farmers to grow in our efforts to tackle climate change”.

Smallholder farmers used the occasion to plant trees to mitigate the effects of desertification and climate change.

The smallholder farmers lauded the Farm Manager Natural Regeneration intervention as it provides firewood, shade for their animals and beautify their surroundings while protecting them against the impact of climate change.