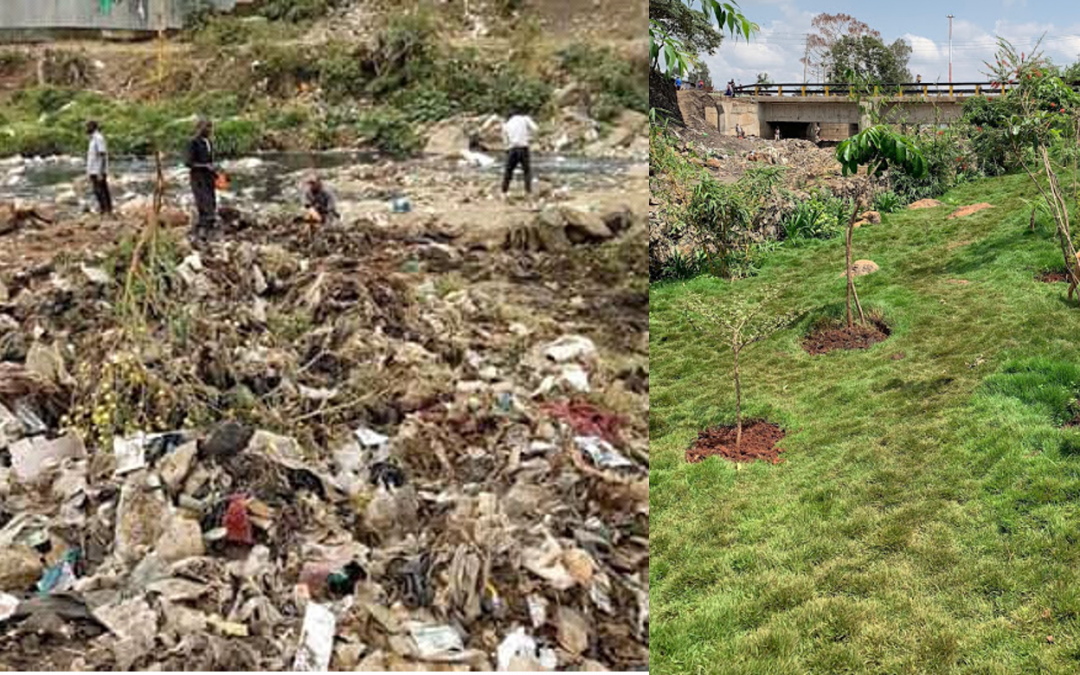 As the climate crises grows more intense, for young people it is now becoming increasingly clear that there are overlaps between a changing climate and mental health. For those who directly rely on the natural environment for their livelihoods, such as farming communities, weather variabilities are a constant roadblock to progress. In some communities, conflicts arise when there is a scarcity of natural resources, which is detrimental to psychosocial health.

At the global level, many young people are suffering from ‘eco-anxiety’, fear and concern for the ecological future of the Earth. It is a condition that now plagues many young people who worry what their planet and future will look like under a changing climate. According to the World Health Organisation, 10–20% of children and adolescents experience mental health conditions and the majority do not receive adequate support.

What if there was a way to address climate change, eco-anxiety and the mental health of youth all at the same time?

Research suggests that regreening landscapes could be the key. According to Science Magazine, there is increasing evidence that time spent in nature translates to increased psychological well-being. Furthermore, restoration of the natural environment can act as a peace-building activity, improve livelihoods and foster food security for young people and the community at large. The following example from Kenya demonstrates the power of landscape restoration in transforming lives and mindsets.

In 2014, the Intergovernmental Panel on Climate Change reported that the last three decades were successively warmer than any preceding decade since 1850. Since 1960, the World Bank found that Kenya’s mean annual temperature increased by 1.0 °C, at an average rate of 0.21 °C per decade. Climate change negatively affects Kenya’s critical economic sectors — agriculture, tourism, infrastructure — thereby also diminishing opportunities for young people in securing employment or building sustainable businesses now and in the future.

A number of young people are resorting to illegal activities to try and solve some of the financial challenges they are facing. The 2010 Constitution of Kenya defines youth as individuals between the ages of 18 and 35 years. The UN Habitat study on youth and crime in Nairobi revealed that 45% of young people in conflict with the law are mostly arrested for theft. The main motive behind most of these crimes was the need for money.

Despite this, some young people are exploring different income-generating activities, which, in return, restore degraded land. In a recently concluded Virtual Learning Experience organised by the Reversing Land Degradation in Africa by Scaling-up Evergreen Agriculture (Regreening Africa) project and GLFx Nairobi, outstanding young people hailing from different parts of the country were granted the opportunity to share their restoration journeys and inspire more to join the movement for a greener future.

Among them was Fredrick Okinda, the chairperson of Komb Green Solutions, an initiative geared towards transforming the lives of young people who were previously engaged in criminal activities.

‘Our journey has not been easy,’ he said. ‘It began in 2017, when the bridge connecting Dandora and Korogocho was being constructed. At that time, we were still involved in criminal activities but we decided to stop and look for jobs in the construction project.’

He added that they approached the company that was spearheading the project but owing to their negative reputation, community members advised contractors against hiring them. Their narrative took a positive turn when the contractors went against the advice and took a chance on them. With a completed bridge and no reports of missing material, the community members now had a different view of the ‘gang’. They were still rendered jobless once more but instead of turning back to default practices they chose to initiate projects that would continue to help the community.

As a result, 200 young people from Korogocho, a slum on the outskirts of Nairobi, are now environmental ambassadors and riparian land in Nairobi is being restored. A famously polluted river is slowly becoming cleaner, providing water to the residents of the area. A dumpsite in the same area is now a lunchbreak habitat for many, with lush green grass and trees that create an ideal environment for resting in-between working hours.

Before and after images of the riverbank. Photos: Catharine Watson/ World Agroforestry

As much as the main aim for Komb Green Solutions was to give back to their community, their minds have also been restored through the landscape restoration projects they are doing. They have also been able to heal the minds of other young people in their community and, in the process, reduce crime. The residents of Korogocho are enjoying the benefits of their work, with bonuses of fresh air, safe spaces for community meetings or parties, and a play area for children.

ISGlobal reported that a recent systematic review of 21 studies found that most observed a beneficial association between green space exposure and mental health in children, adolescents, and young adults, including outcomes of emotional and behavioural difficulties, mental well-being, and neurocognitive development.

For Fredrick Okinda, through his engagement with Komb Green Solutions, this awareness presented itself as a common interest with his mates to create a safe space for their community to unwind, refresh and connect with nature. This continues to be a culmination of simple steps that restores more than nature.

An environment that has been used  as landfill, which is ugly and, frankly, brings no hope to the people who live in the area provides grounds for activities that fit the same description because there is nothing to look forward to. Sometimes, all it takes is an outside perspective, whether it comes from the desire to restore nature or to escape from a dangerous situation. Nature is healing. There is a peace of mind that comes with the achievement of a clean, healthier and safer environment. For Komb Green Solutions members, this has been the literal truth.

The much-needed transformation of a dangerous dumpsite to a green safe space aptly called, People’s Park, in an area much reduced in crime and greatly increased in hope, is a true reflection of how fundamentally important green spaces are in the world. We can breathe better, see better and definitely connect better.