The Tamale Declaration: a regreening plan for northern Ghana 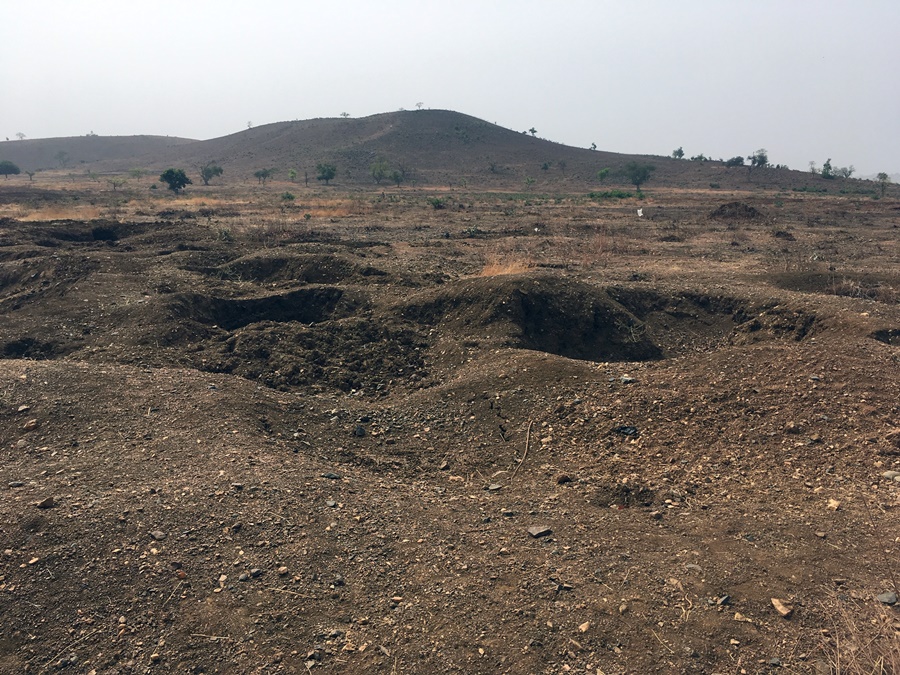 An international workshop has called for an integrated plan to regreen the region.

The climax of the international workshop held late November 2018 in Tamale, the capital of Ghana’s Northern Region, was when the nearly 60 participants issued an urgent call for a ‘comprehensive Regreening Plan’.

The Plan would see the integration of trees with crops and livestock across northern Ghana, which they say is needed to ‘restore landscapes and improve livelihoods’ in the three regions that comprise the country’s northern belt.

Their call was addressed to all key policy-makers in Ghana’s Upper East, Upper West and Northern regions, including the Northern Development Authority, metropolitan, municipal and district assemblies, traditional authorities, and also the ministries of Land and Natural Resources, of Environment, Science, Technology and Innovation, and of Food and Agriculture. The workshop called on these institutions to allocate budget and incentive systems to support the Regreening Plan.

The theme of regreening is a crucial one in Ghana, which is one of eight countries in Sub-Saharan Africa involved in the ambitious Regreening Africa project, which is funded by the European Union. The aim is to reverse land degradation among 500,000 households and across 1 million hectares. In Ghana, Regreening Africa is targeting 40,000 households on 90,000 hectares of land to be restored by 2022.

As part of the Bonn Challenge, in 2015 Ghana also pledged to restore 2 million hectares of degraded and deforested land by 2030, in addition to two previous land-restoration pledges by the Government: the Forestry Development Master Plan launched in 1996, which aimed to plant trees on 200,000 hectares of unproductive forest land and the savannah zone by 2020; and the National Forest Plantation Strategy, which aims to rehabilitate 235,000 hectares of forest plantations and enrich planting of 100,000 hectares of under-stocked forest reserves by 2040.

Fergus Sinclair, leader of Systems Science at World Agroforestry, who led one of the sessions at the workshop, said that, ‘With such ambitious targets to meet, this multi-stakeholder workshop in Tamale — Restoring Landscapes for Resilient Livelihoods in Northern Ghana — could not have come at a more opportune time.’ 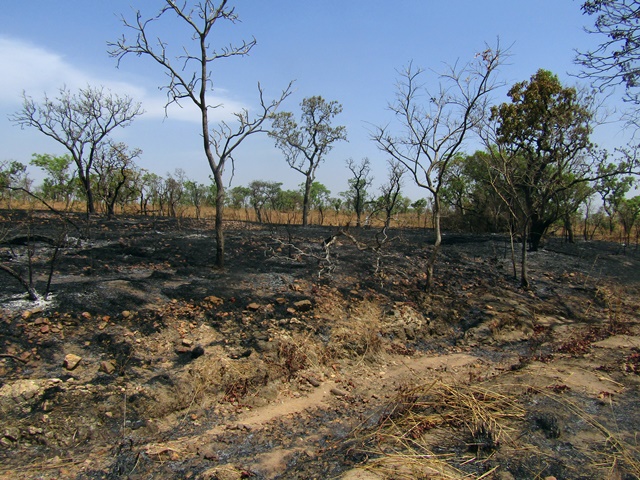 While there was consensus about the urgent need for land restoration, it was abundantly clear that there are still major challenges to be overcome: gender relations and imbalances in decision-making powers; the nature of land and tree tenure among different ethnic groups and in different regions; policy and legislative gaps in protecting and managing trees in the landscape and the environment as a whole; negative impacts of fires; indiscriminate cutting of trees (including for charcoal production); and clearing for agriculture and mining.

Paramount Chief Bong Naaba Baba Salifu Alemnyarun of the Bongo Traditional Area expressed his concern that the power of traditional authorities to protect the environment had been whittled away over the years.

“If we, the chiefs, had all the powers like our forefathers used to do, there wouldn’t be any destruction of the environment; nobody would cut a tree [without permission],” he said.

While acknowledging the role of chiefs in enforcing rules, there was also consensus that it is important to vest powers of managing trees with farmers and ensure that regulations do not stifle their ability to benefit so that there is an incentive for regreening.

It was noted that there were bylaws to protect trees and the environment but they were not enforced, prompting a call for lawmakers from the Attorney General’s office to attend future workshops to address these issues. 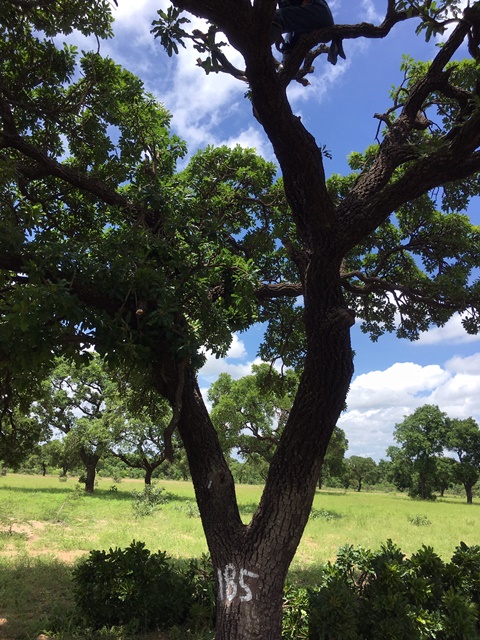 Analysis of the causes of land degradation revealed a lack of coordination, weak political will and poor funding, legislative and policy gaps, restrictive sociocultural norms, economic barriers, and a shortage of scientific evidence. Nevertheless, they expressed determination to overcome the challenges.

After the workshop, Gloria Adeyiga, a researcher with the Forestry Research Institute who is working with the West Africa Forest-Farm Interface (WAFFI) in Ghana, said she felt optimistic about the prospects for regreening the northern region.

“The workshop highlighted some concerns I’ve always had about issues around regreening,” Adeyiga said. “But I learned that others share these concerns and that we can address them for more sustainable interventions and long-term impact.”

“The future of land restoration and improving livelihoods lies in building evidence through participatory research,” said World Agroforestry’s Emilie Smith Dumont. She has coordinated WAFFI in northern Ghana and southern Burkina Faso and is the focal point for Regreening Africa in the region.

One session presented land-restoration projects on a map of northern Ghana, revealing many separate projects with similar goals. This highlighted the need for better communication and coordination.

Patrice Savadogo, who is taking over Smith Dumont’s role next year, emphasized that restoration, ‘also depends on increasing coordination between efforts to address common bottlenecks in activities to increase tree cover. Recognizing this, as we did together at the workshop, is the first step in overcoming them.’

Aaron B. Aduna, chief basin officer for the White Volta River with the Water Resources Commission, said the workshop was excellent in its diversity of participants and in how it generated discussion.

“Looking at the calibre of people gathered here,” said Aduna, “I am optimistic that a lot will be achieved in the regreening of Ghana.”

Aduna added that it is time that people paid attention to the importance of regreening and to trees in the landscape because, he said, “If there is no forest, there is no water.”

The workshop was a collaboration between Regreening Africa and the West Africa Forest-Farm Interface (WAFFI). WAFFI is led by CIFOR in collaboration with ICRAF and Tree Aid with support from the International Fund for Agricultural Development and the CGIAR Research Program on Forests, Trees and Agroforestry. WAFFI aims to identify practices and policy actions that improve the income and food security of smallholders in Burkina Faso and Ghana through integrated forest and tree management systems that are environmentally sound and socially equitable.