To combat desertification and regreen arid and semi-arid areas in Ethiopia and seven other countries, a consortium of partners faces big challenges.

A ‘perfect storm’ of challenges is facing the Reversing Land Degradation in Africa by Scaling-up Evergreen Agriculture project, or Regreening Africa, in Ethiopia and seven other countries in East and West Africa.

Ethiopia’s forest cover fell from approximately 40 percent in the late 19th century to about 12 percent now. The country has experienced rapid economic growth of 10 percent and above in the past few years despite recurrent droughts and other problems. The population has risen from about 18 million in the 1950s to over 100 million in 2017, becoming the second-most populous country in Africa after Nigeria. The high population growth, coupled with a rapidly changing climate, has exerted tremendous pressure on land and tree resources through agricultural expansion and a huge demand for fuel wood and other tree products. Rapid urbanization in Addis Ababa and other cities and towns has increased demand for construction material, such as scaffolding poles, and charcoal for energy. Agricultural land, already suffering from declining soil health, continues to be ploughed and tilled by both men and women to meet the rising demand for food, energy and fibre.

To at least partly meet these challenges, Regreening Africa aims to accelerate the adoption of farmer-managed natural regeneration and other agroforestry practices, with a goal of 500,000 households managing 1 million regreened hectares in just five years. In Ethiopia, the target for 2022 is to have regreened 200,000 hectares managed by 120,000 households.

Farmer-managed natural regeneration is a low-cost and effective method of regenerating semi-arid and arid areas, an exercise that has proven daunting in the past owing to low levels of moisture and use by pastoralist and agropastoralist groups who often migrate seasonally, making tree planting, care and survival of young tree seedlings almost impossible.

To overcome this, Regreening Africa will regenerate trees on farms and in conservation areas, restoring exhausted soils with richer sources of organic matter. This will in turn translate into increased crop yields, more fodder for livestock and increased firewood supplies and income for rural households.

Regreening Africa, which is operating in 25 ‘woredas’ (third-level administrative divisions) in four regions of Ethiopia, recently brought together various organizations, including the World Agroforestry Centre (ICRAF), Catholic Relief Services and its affiliates the Ethiopian Catholic Church’s Social and Development Commission coordination offices of Adigrat and Meki, and World Vision Ethiopia. The partners discussed implementation plans, including agroforestry approaches and practices that will be used for regreening. 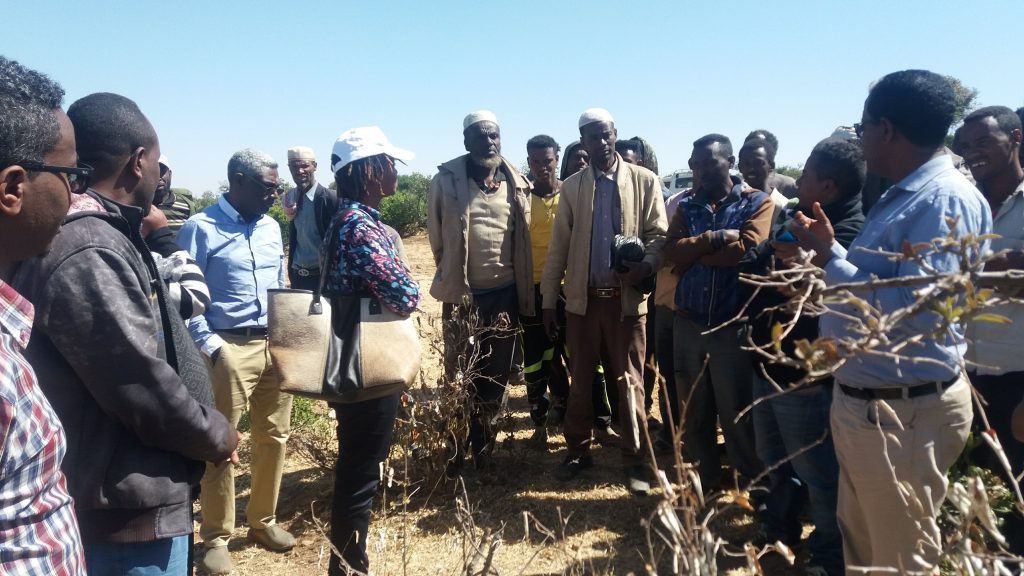 ‘We are working as a consortium of research and development partners to scale-up evergreen agriculture to an order of magnitude that has rarely been seen on this continent’, said Regreening Africa project manager, Susan Chomba. ‘This planning meeting, and others that we are holding in the eight countries, will help forge stronger partnerships between ICRAF, which is a research organization that provides the science and documents the evidence and impacts of the project, and our partners who have great experience in executing development projects. It will also ensure smooth coordination and allocation of resources so that we can meet our goals in the most efficient and effective ways’.

By combining research and development partners, Regreening Africa pushes the frontier so that research does not occur in isolation from development but rather they happen simultaneously, informing each other to solve some of the most pressing challenges in land degradation, access to food and nutrition and rural development in Africa.

‘Through this partnership, we will build on the strengths of each member of our consortium, working together with the Government and other partners to realize the objective of reversing land degradation,’ said Dadi Legesse, agricultural program manager at Catholic Relief Services.

Barriers to adoption by farmers of evergreen agriculture in Ethiopia include livestock grazing freely and increased incidences of drought and famine that have hit the poorest and most arid and semi-arid areas the hardest. Regreening Africa integrates technologies that support natural regeneration of degraded land, increase survival rates of tree seedlings, and promote a wide diversity of tree species that support ecological resilience and provide multiple benefits to farmers.

The meeting was combined with field visits to the Dodota and Jeju woredas in Oromia Region led by World Vision Ethiopia.

‘We have successfully managed to regenerate degraded areas by working with the local government to sensitive communities to the dangers of indiscriminate tree cutting,’ said Asfaw Mariame, World Vision Ethiopia program officer. ‘We have also worked together to support local tree nurseries and supply farmers with tree seedlings. We now want to scale-up these promising practices through Regreening Africa to reach even greater numbers of farmers in the woredas in which we are working’.

‘Our focus is not just on regreening but also benefitting communities’, confirmed Chomba. 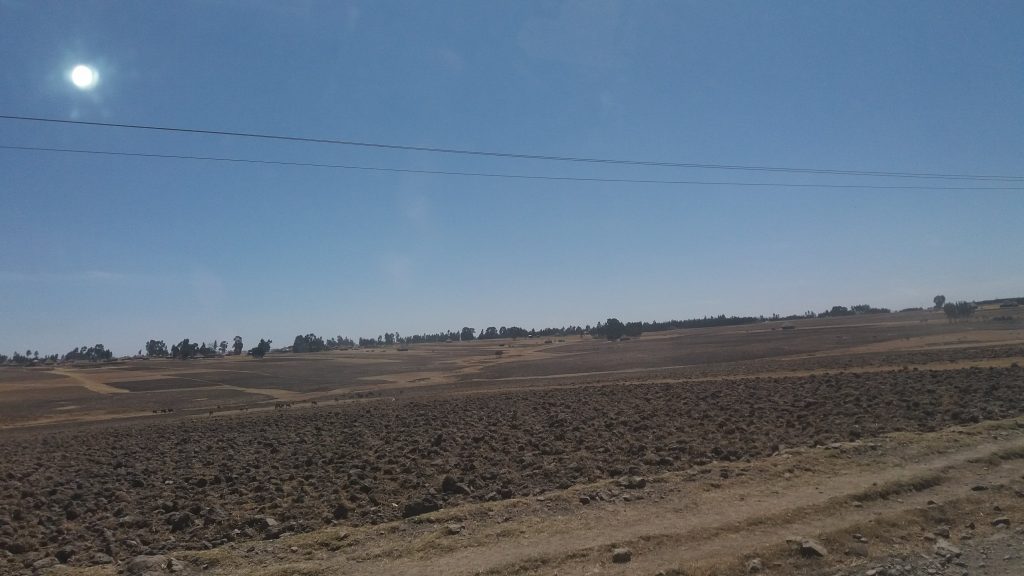 On the field trips, the group visited enclosed areas that had been significantly regenerated with trees and, for comparison, several degraded areas that were still open to human activities and grazing.

Regreening Africa aims to use not just enclosures, which can have negative effects on communities who face restricted access to forest and tree products during the regeneration period, but also trees on farms to provide products, as well as improving value chains of tree products, such as firewood, honey, fruit, nuts and gums, to increase income to farmers and also promote sustainable production.