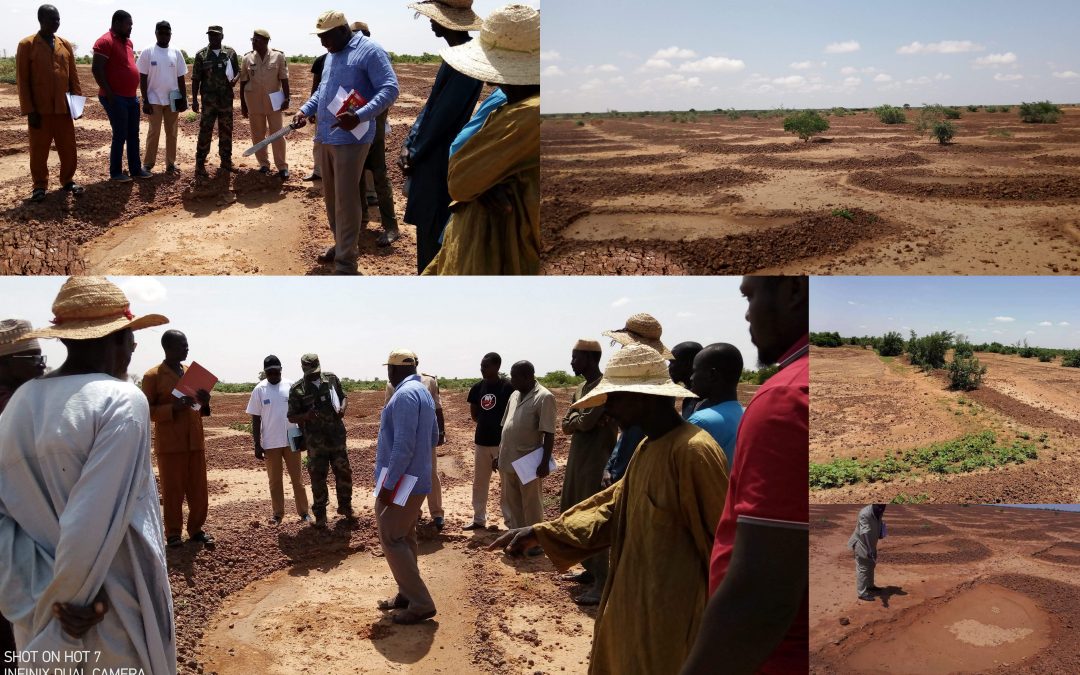 By Gilberte Koffi and Patrick Worms The African country is one of the first in the world to decree FMNR as a pathway to restoration of degraded land.

In July 2020, the Republic of Niger became one of the first countries globally to adopt a presidential decree regulating and promoting the practice of a revolutionary agricultural technology known as farmer-managed natural regeneration or FMNR.

FMNR is a low-cost practice that exploits the ecosystem services provided by regenerated trees to increase the productivity and resilience of crop fields and pasturelands. In the challenging growing conditions of Africa’s Sahel, a region bordering the southern Sahara Desert, it is a technology that has proven amongst the most transformative of all.

The new decree regulates FMNR by defining the management modalities of agroforestry parks and the tenure of the woody resources they host. It also includes measures to promote FMNR and encourage its adoption by farmers and pastoralists.

In Niger, as elsewhere in the Sahel, tree tenure can be a complex and confusing issue, dependent on a number of formal and informal arrangements subject to differing interpretations by various people. The result, sometimes, was that far from being encouraged, the regeneration of trees was suppressed.

The new decree completely changes this situation by clearly awarding the exclusive rights to the trees they have planted or maintained on their farms to producers. This seemingly simple step required extensive consultations because of the sheer complexity of the interests involved in the multilevel tenure management systems it replaces. It is thus a significant step forward and a tremendous victory for all the players involved in the promotion of FMNR, from producers through NGOs to partner countries and the Government itself.

A key player in this effort is Regreening Africa Niger, part of a visionary five-year project funded by the European Union, that has been supporting efforts to reverse the trend of land degradation in the communes of Simiri, Ouallam and Hamdallaye in the Tillabéry region since 2018.

Regreening Africa Niger, co-financed and co-implemented by World Vision, Care Netherlands and World Agroforestry (ICRAF), has been promoting agroforestry and FMNR by helping producers and communities treat and enhance their degraded pastoral and agricultural lands through the provision of technical advice, governance support and the promotion of upstream and downstream agroforestry value chains, including village nurseries and the processing and sale of Sahelian commodities.

Importantly, through this project an influential pro-FMNR forum called the National Consultation and Coordination Committee, chaired by the Secretary-General of the Ministry of Environment, Urban Health and Sustainable Development, was set up and provided a platform for 15 multidisciplinary members to support each other’s activities. This was crucial because Niger, despite its long experience with FMNR and the successful restoration it brought to landscapes in the Maradi and Zinder regions (where at least 5 million hectares have been restored), did not have any legislation or policies in place encouraging producers to adopt it (the country’s Forest Code does mention FMNR but does not detail the practice’s substantive aspects).

It is for that reason that the decree is so transformative. Henceforth, producers enjoy a solid legal framework clearly assigning to them the trees they plant or regenerate, removing the widespread fear of seeing others cut and take their trees at maturity. It confers to a field’s owner the ‘exclusive right to exploit the greenwood coming from the agroforestry parcels of his/her field’. In addition, landowners are now encouraged to set up legally recognized ‘village committees to monitor planted trees’ and are supported by the Water and Forestry services, who are tasked with ‘the handling and repression of observed infractions’. The decree also launches a National FMNR special prize to reward the best-performing producers and communities.

The Government of Niger is keenly aware of the importance of regenerating its landscapes and has committed to a number of restoration targets, including amongst others the Great Green Wall and the African Forest Landscape Restoration Initiative, under which it aims to reforest 3.2 million hectares. By encouraging the producers who manage landscapes from day to day to integrate trees in their crop fields and pastures, the decree is a crucial step to make this a reality.

*Adapted from a story by Hamed Tchibozo and Abdourhamane Djibo from the Regreening Africa Niger team.