Farmers restore land in Africa with natural regeneration but how can we learn what practices work where and for whom? 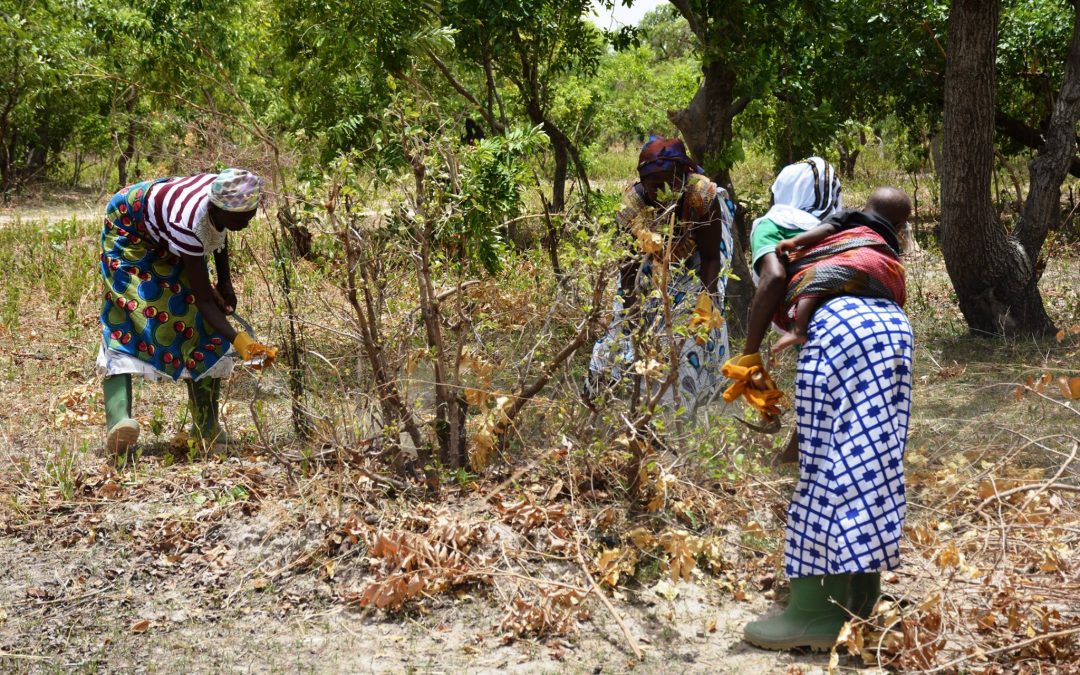 Review of the scientific evidence on farmer-managed natural regeneration confirms its potential as an effective restoration strategy but identifies gaps in knowledge about what will regenerate where and how it benefits people. These need to be addressed through co-learning as an integral part of expansion of development initiatives.

The United Nations Convention to Combat Desertification (UNCCD) estimates that up to 65% of productive land in Africa is degraded, which exacerbates poverty, food and nutrition insecurity, loss of biodiversity, and conﬂicts. Land restoration has the potential to reverse these challenges.

Farmer-managed natural regeneration (FMNR) is where farmers encourage trees to grow from rootstock or seeds naturally occurring in their fields that are in active agricultural use. FMNR delivers a number of positive impacts, including increased agricultural productivity through improvement of soil fertility and feed for livestock and higher incomes for farmers. It is widely promoted in Africa as a cost-effective way of restoring degraded land that overcomes the challenge of low survival rates often associated with planting trees in arid and semi-arid regions.

However, ‘despite being widely promoted, the evidence for the claims about FMNR has not been systematically analyzed’ noted a team of scientists from World Agroforestry (ICRAF), the Food and Agriculture Organization of the United Nations, Bangor University and Wageningen University. They reviewed the scientiﬁc evidence on FMNR in Sub-Saharan Africa, covering how context inﬂuences the composition of regenerating vegetation and what is known about the subsequent environmental and socio-economic beneﬁts.

The results of the study, published in the journal, Frontiers in Forests and Global Change in November 2020, reveal that quantitative evidence is sparse and mainly related to experience in the Maradi and Zinder regions of Niger. There is little understanding of how the context in which FMNR takes place affects the diversity and abundance of regenerating trees and how this in turn relates to ecosystem functions and beneﬁts for farmers. Data on the actual costs of FMNR compared to other practices such as tree planting are also lacking. The paper notes that the often-quoted figure that FMNR can be achieved at a low cost of USD 20 per hectare is based on expert estimates and personal communications rather than explicit economic analysis. Many studies ignore or undervalue a farmer’s labour and the opportunity cost of land that could have other uses.

‘This lack of data makes it difﬁcult to determine where and for whom FMNR is an appropriate restoration technique and where it might be necessary to combine it with enrichment planting,’ said Susan Chomba, one of the authors of the study and the leader of the eight-country Regreening Africa program, which is funded by the European Union. ‘Given the need for viable restoration practices for agricultural land throughout Africa, well beyond the climatic and soil contexts covered by existing studies on FMNR, we recommend research combining assessments of functional ecology and socio-economic outcomes for farmers.’

The United Nations General Assembly has declared 2021–2030 the decade of ecosystem restoration. African governments, under the African Forest Landscape Restoration Initiative, have committed to restore at least 100 million hectares by 2030 as their contribution to the Bonn Challenge. Earlier, the 2010 Aichi Convention on Biological Diversity targeted restoration of at least 15% of degraded ecosystems; the parties to the United Nations Convention to Combat Desertification committed to Land Degradation Neutrality and the Paris accords also established Nationally Determined Contributions. But questions have been raised about how realistic these restoration and degradation neutrality targets are, considering that annual deforestation continues to exceed restoration in Africa. Over the last decade, Africa has contributed the highest rate of net forest loss globally.

‘This underpins why large-scale restoration methods are being deployed,’ said Fergus Sinclair, co-author of the study and leader of the Systems research theme at World Agroforestry (ICRAF). ‘The potential of large-scale growing of trees to achieve restoration has been critically examined and often considered costly and labour intensive, with low survival rates common in drylands where environmental constraints, such as moisture and temperature, are coupled with uncontrolled livestock grazing that damage young, unprotected seedlings. Restoration techniques based on natural regeneration present a viable alternative for restoring degraded drylands although success will depend on many contextual factors, such as the extent of soil degradation and forest vegetation in the vicinity.’

Farmer-led approaches to increasing tree diversity in agricultural landscapes are becoming recognised as critical for success. This builds on recent evidence that farmers value a diversity of tree species suitable for different niches on their farms and in the landscapes in which they live and work, for example 30 species over seven niches (such as in crop fields, around homesteads, on soil bunds or along boundaries) in a semi-arid region of Ethiopia. Furthermore, they possess detailed local knowledge about the ecology and economic value of many tree species. Realising this, researchers are now adopting a co-learning approach within development projects, that harnesses local and scientific knowledge to develop locally applicable restoration practices. This is an example of the agroecological principle of co-creation of knowledge being put into practice, supporting farmers to innovate locally, rather than disseminating pre-cooked technologies developed elsewhere. By working with development partners who operate with millions of farmers over large areas of land, co-learning creates new opportunities to explore how different restoration options work across a huge range of different contexts following the novel ‘options by context’ approach.

Madelon Lohbeck, a co-author of the paper and a functional ecology and land restoration scientist with ICRAF, noted that the study identified a critical gap in knowledge.

‘This is being able to predict the functional composition of what trees are likely to regenerate in different locations,’ she said. ‘This is determined by which tree species grow in which places and how farmers select, protect and manage them alongside their agriculture. ICRAF and partners are already making advances in understanding what affects functional composition in different parts of Africa, as was recently published in Nature Scientific Reports.’

‘Given the urgency of the restoration challenge in Africa, we don’t have the luxury of first doing research and then making recommendations on how to go about restoration,’ said Chomba. ‘To meet development imperatives, we need to work with farmers now, to fill knowledge gaps as scaling up FMNR progresses across Africa. We can do this by embedding co-learning components within development initiatives that allow us to accelerate development impact at the same time as learning what practices work where and for whom.’

The research was supported by the European Commission under grant number 387627 for Reversing Land Degradation in Africa by Scaling-up Evergreen Agriculture (Regreening Africa project); the CGIAR Program on Forests, Trees and Agroforestry; and Research Programme ALW (863.15.017) ﬁnanced by the Netherlands Organisation for Scientiﬁc Research.

Read about the Options by Context approach and Agrecological Principles