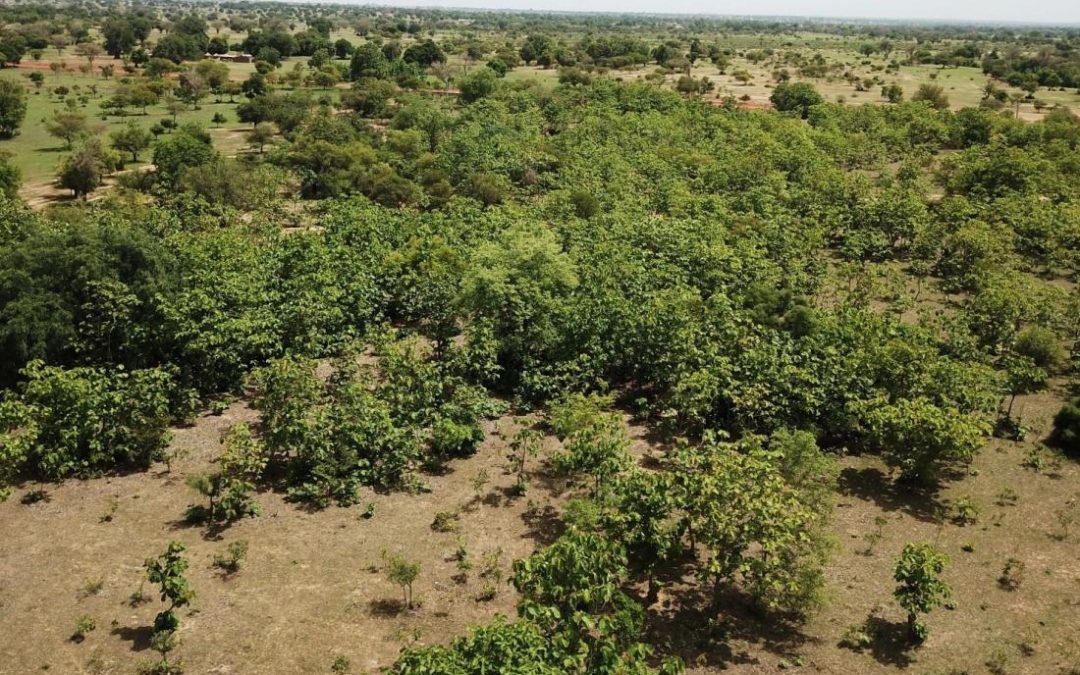 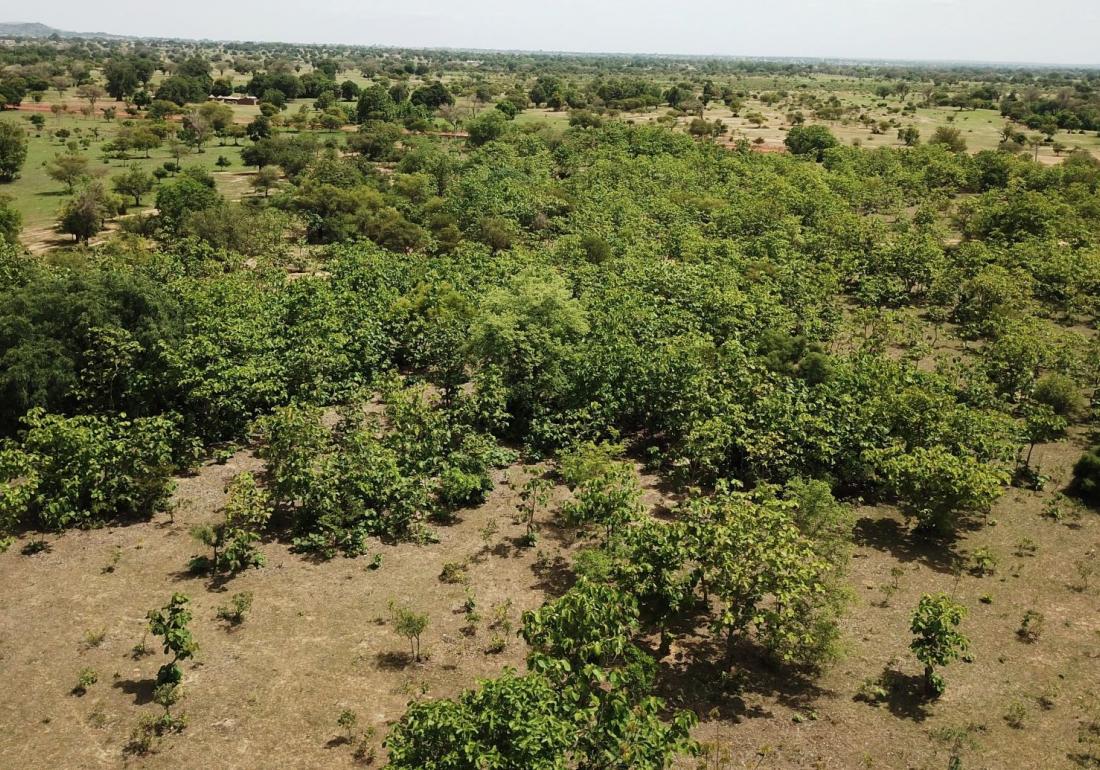 Residents of Adonsi in the Upper East Region of Ghana are preserving 75 acres of forest land as part of efforts to meet the goals of the Regreening Africa Project. The World Agroforestry project being implemented by World Vision Ghana and Catholic Relief Services with funding from the European Union is aimed at regenerating degraded land and preserve existing vegetation using the Farmer Managed Natural Regeneration (FMNR) method.

Adonsi is farming community that relies largely on locally grown crops for food and income. Almost every household rear animals and they depend on surrounding vegetation for feed. Despite being located in the savannah regions of Ghana, the community had a large forest cover which unfortunately has largely been depleted due to farming activities and over-grazing. Farmers tend to cut down trees and burn bushes in preparation of their land for farming. Many also cut them for firewood and other economic activities.

In 1983, the Government of Ghana formed a group of fire volunteers in the community and tasked them to restore and regreen the environment. The area was declared a forest reserve after successfully preventing bush burning over the years. By-laws were created to prevent the destruction of the forest but this failed to meet the desired results.

According to Jeremiah Aladago, a lead farmer, “People still came to cut the trees because the by-laws were being implemented along political lines and favoured certain members at every point in time. The community lost most of its forest cover, including trees around people’s homes.”

World Vision introduced Farmer Managed Natural Regeneration (FMNR) under the European Union-funded Regreening Africa project in 2018 to preserve and reclaim the forest. A total of 20 lead farmers and 20 fire volunteers were trained and equipped with tools to prune existing shrubs and trees instead of cutting them. The FMNR approach also provided farmers with skills and best practices for farming and land restoration.

In agreement with the chief and other community leaders, the World Vision trained lead farmers are currently responsible for managing 75 acres of forest. This is based on several engagements with community members and other stakeholders to ensure a consensus is reached to reserve the forest.

During a field monitoring visit to the area, Lead farmer, Jeremiah Aladago explained “We have developed new by-laws with the chief and people of the community and World Vision’s involvement is ensuring unity. We are also guarding the forest to prevent tree cutting, especially by people from outside our community.”

He added “In one year, we have so far been able to prune and reserve 25 acres. This is not only being done by the lead farmers because we have trained other farmers and the whole community is responsible for preserving the forest. It is providing us with wood for rafter and we are already seeing other benefits so the people are happy to help.”

Lydia Ayadaku, also a lead farmer said, “Shea nuts are fruiting and we pick them to eat and process nuts for butter. Defarium spp is also now fruiting even though that was not the case before.”

“The men don’t give us money to grind our millet so we are encouraged to protect the shea and other fruits so we can sell for money,” said Awanamas Ndeogo, another lead farmer.

The Regreening Africa project has the goal of has preserving or regenerating 500 hectares of forest or degraded land in Ghana. It seeks to reverse land degradation among 500,000 households and across one million hectares in 8 countries (Ghana, Senegal, Mali, Niger, Ethiopia, Kenya, Rwanda, Somalia [Somaliland]) in Sub-Saharan Africa.