A perfect recipe brewed in a two-way conversation 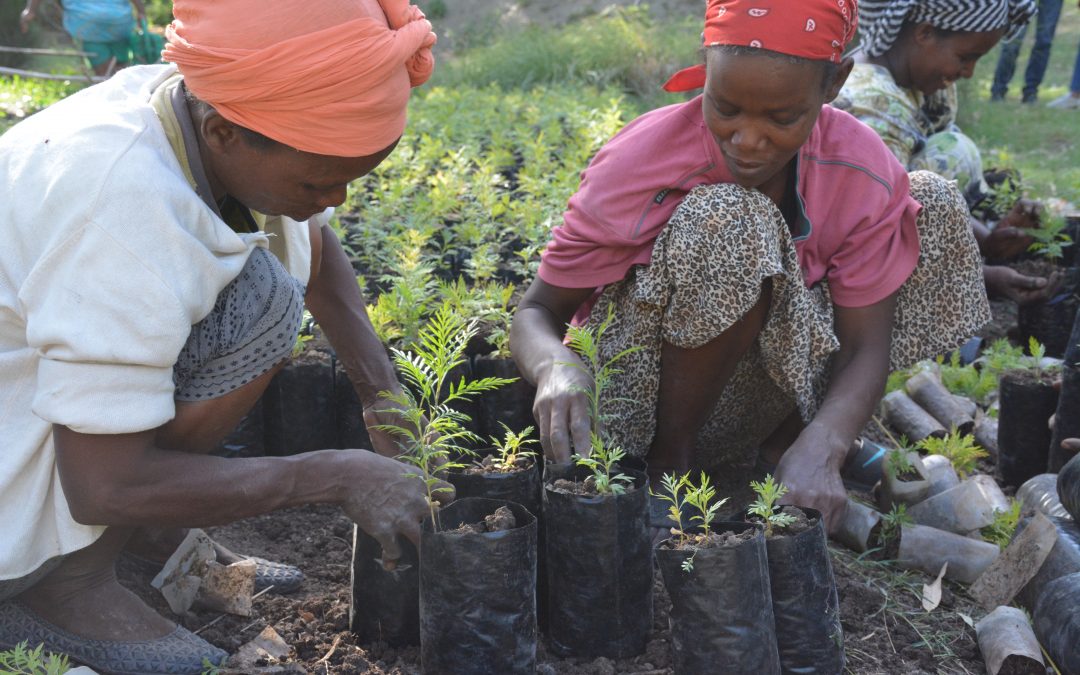 Working together in eight countries in Africa is restoring hope, land and livelihoods for hundreds of thousands of people.

Imagine walking in shoes that are so uncomfortable such that blisters and unimaginable pain become your never-ending reminder until you get off of them. You may have purchased them to keep up with the trend and the affirmation comes when you receive complements of how great they look on you. Unknown to others, though, is the overcompensation the rest of your body has to make for your poorly made decision.

Now picture yourself in the shoes of a farmer, definitely not to your liking, standards or size, but these are the shoes farmers have to wear with what we as governments, researchers, development agencies and scientists have dealt them. Why? ‘One size fits all’ has been the approach we have proposed severally, causing farmers to endure the pain of blisters for the sake of our comfort while in conferences and submitting donor reports. But should that be the case?

‘If you want to promote technologies in your community or to other farmers, you have to be a model farmer yourself,’ explains Aba Hawi, a leader of Abreha we Atsbeha community in the Gergera watershed.

Inspired by voices in the field, the Regreening Africa project, funded by the European Union, is changing the tide of despair and hunger through an ‘options by context’ approach. This has not been a click of a button but engaging in discussions from the ground up concerning agroforestry and farmer-managed natural regeneration options that suit different ecological, economic and social situations of communities.

Courtesy of these approaches, the regreening journey is restoring hope for 500,000 households. Lands that were once abandoned and rendered desolate are birthing life to trees that shield farmlands from soil and wind erosion, serve as fodder for animals, cater for food and nutrition needs, revive water sources, and provide financial requirements through diversified and sustainable value-chain options.

Indigenous knowledge has been shared in different dialects by farmers across the eight countries involved in the project: Ethiopia, Ghana, Kenya, Mali, Niger, Rwanda, Senegal and Somalia. A diffusion of this with scientific knowledge has in return generated a fulfilling and sustainable recipe, creating a win-win situation for the project and its beneficiaries.

‘We let tree stumps grow on our farms and manage them to become big trees that produce timber and fodder for our livestock’, said Mekonen Abraha, a priest and ‘champion farmer’ in Ethiopia. ‘Regreening Africa has opened our eyes; the importance and benefits of tree management and diversification is evident, and we look forward to reaping greater benefits’.

The proposed techniques were not always welcome from the word ‘go’. Changes in attitudes and behaviours had to be cultivated over time, training had to be carried out in practice and follow-ups made. Champion farmers became spokespersons for the project and when the gospel spread to those near and far then the techniques became a trustworthy venture. Songs and plays are being composed and shared during community gatherings, market days and the champion farmers have taken to posting on social-media groups. Faith leaders have also taken to their podiums to spread the message to their congregations whether in churches or mosques.

With just a year and half gone by, farmers attest to benefits enjoyed so far, and look forward to bountiful years.

‘How far I have come, I owe to the Regreening Africa project and World Vision Kenya’, said Sabina Otieno, a champion farmer. ‘The more we are being trained, the more our county [Homa Bay] will transform. Look at our nurseries, the more we get serious then we will regreen Kenya and the other seven countries’.

Farmers across the eight countries are now very protective of their trees, unlike before. Huge fines are placed on those who let their livestock wander onto protected communal land or other farms or, worse, dare to cut down trees. By-laws are in place, and chiefs in these villages express their desire to see these laws adhered to, starting with their own farms.

In the case of Ghana, communities have gone a step further to establish volunteer fire groups. Members of these groups stay on guard for fires started by community members or natural causes. Always armed with proper attire, the volunteers never allow fires to rage far.

‘We don’t rely on the government or other organisations to sort out this problem,’ said one of the farmers involved. ‘If we were to do so then so much damage would take place and all our efforts so far would just go to waste. Protecting our environment and trees starts with us’.

Female farmers are now empowered and know the worth of regreening approaches. Awash Bishola Nursery group in Ethiopia is comprised only of women. When questioned as to why this was the case, the women responded, that the men in the area, including their husbands, found nursery and tree management quite tedious and boring tasks. But, said the women, we know the value this will generate not only in terms of income but improving our environment for the sake of our children. We’ve chosen to see beyond what our eyes and current state offer.

The same was expressed by women in Ghana who are members of the fire volunteers. Their husbands can be out grazing when fires start so they had to learn the art of stopping fires in time. Running towards danger rather than from it, as one female volunteer fire-fighter put it.

And a savings group in Ghana has mastered the art of setting aside funds not only for burials and other needs, which was their custom, but also for restoration ventures that will sustain their livelihoods and living environment.

Meanwhile, in Ethiopia villages are now full of hope.