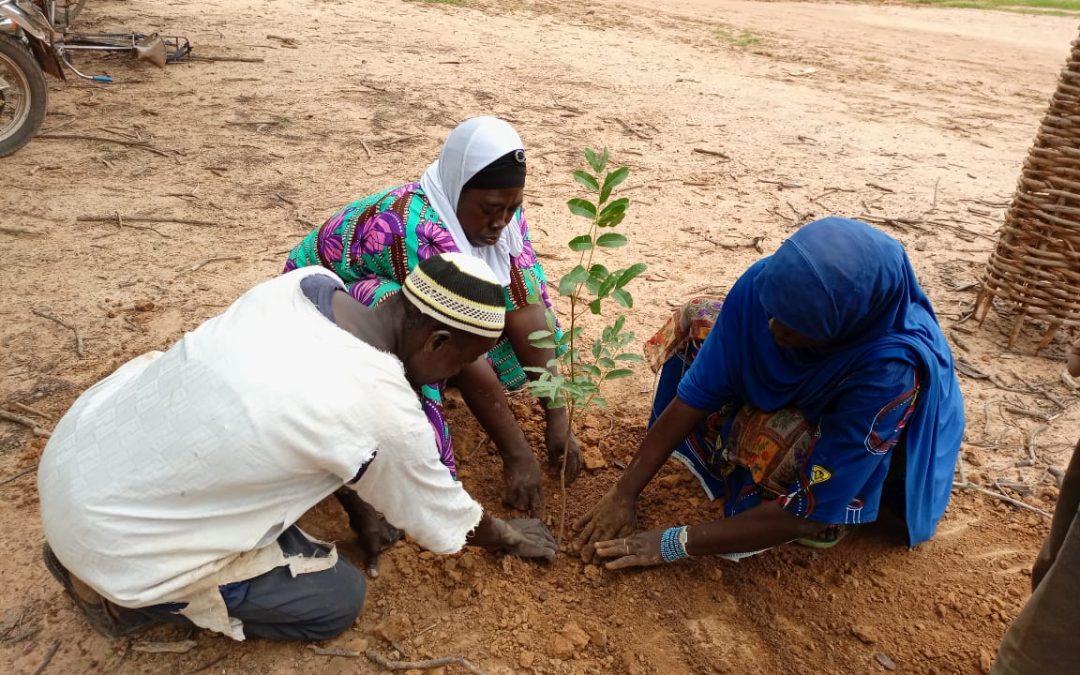 Gender transformative approaches have attracted attention for their effectiveness in addressing obstructive gender norms and relations, such as gendered roles, activities and responsibilities and the behaviour of men and women toward each other, respectively.

But exactly what are gender transformative approaches and how equitable and effective are they in action?

A discussion about such approaches, organized by Regreening Africa in eight countries in east and west Africa, demonstrated the importance of empowering women for restoration of landscapes.

‘This framework recognizes women as a disadvantaged group and helps project teams to consider what their aim is when designing gender responsive projects as well as differentiate the various levels of engagement,’ she said.

She added that gender transformative approaches ‘aim at changing or addressing gender norms or relations that are at the root of gender inequalities in the communities.’

To implement these approaches, she said that project teams must go beyond the framework to a deeper understanding of gender dynamics and social inequalities and how these affect livelihoods and landscape management, challenge oppressive norms and behaviours, resource distribution and allocation of duties and also increase women’s bargaining power.

‘Gender transformative approaches encourage all participants to engage in repeated cycles of critical reflection and action, including engagement with different actors at various scales. Time commitment, passion and a firm belief in the possibility of a positive change in gender relations is important,’ said Paez Valencia. The participants at the learning event discussed the approaches and concluded that they are not one-sided but rather collaborative. That is, they are intended to benefit both men and women. Discussing gender stereotypes with communities, as well as the obstacles they create, was also suggested as a way to help change stereotypical perceptions.

A case study in Ghana highlighted how gender transformative approaches were used with men and women to reduce or overcome gender-based constraints, such as unequal access to resources and participation in decision making. According to the baseline data gathered for the study, gender inequity manifested itself in the following areas: access, control, work burden, gender attitude and decisions.

‘Men had 57.3 percent more access to agricultural land than women, who have 39 percent,’ said Gloria Adeyiga, a researcher with the Forestry Research Institute of Ghana, a PhD candidate with Bangor University and the Ghanan focal point for Regreening Africa. ‘Although 71 percent of male respondents indicated that they did not discuss land restoration with women, 59 percent agreed that women were better at nurturing trees. However, only 2 percent of female respondents had input into farm decisions on the types of trees to plant, compared to 47 percent of men.’

These disparities highlighted the need for gender transformative approaches with the goal of addressing unequal access and control of resources, work burden, participation in decision-making and perceptions of women’s roles and contributions.

Early results from the case study revealed that 80 percent of women now have access to land and can plant crops of their choice, with more than 70 percent feeling included in household decisions.

Lending her voice to the conversation, Mawa Karambiri, a Sahel policy and technical engagement specialist, added that in Senegal, women generally do not have access to land but they have some level of privilege and access to croplands, where they integrate trees. Women also get together and have access to communal land, which they are helped to formalize so that their land rights are protected and they have a guarantee of land ownership.

Gender needs differ in the context of multi-cultural diversity and should be addressed accordingly. Gender transformative approaches must therefore understand gender dynamics in specific contexts and be aware of gendered roles and norms.

Men’s inputs are also important. In a patriarchal society like Ghana, where power dynamics are frequently prejudiced in favour of men, having them support gender transformative approaches can have a greater impact than when they are not supportive.

Gender transformative approaches are not prescriptive but foster an integrated approach that is context specific and needs continuous engagement for it to be sustainable.